September 16, 2021
Home World Asia Iran’s ‘Blue Girl’, who faced jail for going to football games, dies after setting herself on fire outside court

An Iranian football fan has died after she set herself alight in what has been seen as a protest against a ban on women in football stadiums.

Media in Tehran have reported that Sahar Khodayari died in hospital earlier this week after suffering burns across 90 per cent of her body.

The woman, known as “Blue Girl” after her team’s colours, had set fire to herself outside the court where she was facing charges for trying to enter a football stadium.

She had dressed in a wig and coat in an attempt to watch her favourite team Esteghlal take on United Arab Emirates side Al Ain in an Asian Champions League match in March.

Ms Khodayari was facing a maximum penalty of six months’ jail for defying the ban on female fans, which has been in place since the country’s 1979 Islamic Revolution.

While her death was not acknowledged by state-run Iranian media, FIFA released a statement saying it was “aware of that tragedy and deeply regret it”.

“FIFA convey our condolences to the family and friends of Sahar and reiterate our calls on the Iranian authorities to ensure the freedom and safety of any women engaged in this legitimate fight to end the stadium ban for women in Iran,” the sport’s world governing body said in a statement.

Amnesty International said what happened to Ms Khodayari was heart-breaking and had exposed the “impact of the Iranian authorities’ appalling contempt for women’s rights in the country”.

“Her only ‘crime’ was being a woman in a country where women face discrimination that is entrenched in law and plays out in the most horrific ways imaginable in every area of their lives, even sports,” said the organisation’s Middle East and North Africa Research and Advocacy director Philip Luther.

“To our knowledge, Iran is the only country in the world that stops and punishes women seeking to enter football stadiums.

The human rights group is calling for the ban on women to be ended immediately.

“Her death must not be in vain. It must spur change in Iran if further tragedies are to be avoided in the future,” Mr Luther said.

On Twitter, former Bayern Munich midfielder Ali Karimi — who played 127 matches for Iran and has been a vocal advocate of ending the ban on women — urged Iranian fans to boycott football stadiums to mark Ms Khodayari’s death.

Manchester United star Paul Pogba and Swedish international Magda Eriksson were among other footballers to react.

Eriksson, who played at this year’s Women’s World Cup, called on FIFA and “any other organisation that’s in a position of privilege and power” to “act to make this stop”.

“#ASRoma is yellow & red but today our heart bleeds blue for Sahar Khodayari. The beautiful game is meant to unite us, not divide us,” it tweeted.

“Now it’s time for everyone in Iran to be allowed to enjoy football matches together. RIP #BlueGirl.”

Prominent Iranian MP Ali Motahari, who is close to Iran’s President Hassan Rouhani, tweeted that Ms Khodayari did not deserve prison time and offering her “some advice” would have been enough.

Amnesty International’s Middle East research and advocacy director Philip Luther said Ms Khodayari’s only crime was “being a woman in a country where women face discrimination that is entrenched in law”.

Iran has rejected Western criticism of its human rights record as politically motivated and based on a lack of understanding of its Islamic laws. 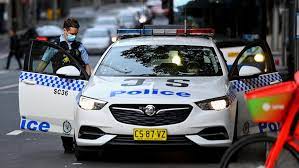